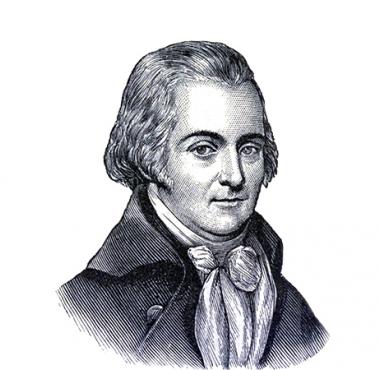 Sir John Johnson was born near Amsterdam, New York on November 5th 1741 to Sir William Johnson, 1st Baronet of New York, and Catherine Weissenberg.  At a young age, Sir John was involved in military engagements under his father’s command, including as a volunteer in and engagement against the French during the Battle of Lake George in 1755. On November 22, 1765, at the young age of 24 years old, he was knighted by King George the Third in England.

Shortly after Sir John’s return to the Mohawk Valley his father, Sir William, passed away. His death left Sir John with his father’s baronetcy and approximately 200,000 acres of land. This made him a very wealthy man and the largest landowner in the Thirteen Colonies.

In 1774, relations between the American Colonies and the British Empire worsened and soon after was the beginning of the American Revolution, which lasted 1775 to 1783. There was no doubt by his title nor loyalties  which side Sir John Johnson would support.

In 1776, he was forced to flee to Quebec after being warned that he would be arrested due to his loyalties. While stationed in Montreal, he was promoted to rank of Lieutenant-Colonel and was tasked with forming a battalion comprised of men of his former estate, the King’s Royal Regiment of New York. A second battalion was created in 1780 due to the large number of tenants fleeing into Quebec and enlisting.

During the war, Sir John was appointed many roles, including Superintendent-General and Inspector-General of Indian Affairs, then later promoted to Brigadier-General.
​
Near the end of the war in 1783, Governor Fredrick Haldimand saw the necessity to settle  Loyalist Refugees, who were seeking shelter and sanctuary north of the border. They were to be granted lands. He suggested to Sir John that the Loyalist men settle along current Essex County. This motion was over ruled by the British government who advised that they should be settled along the St. Lawrence River. This led to Haldimand instructing Captain Samuel Holland to conduct the first official survey of the future province of Ontario.

The Raisin River was included in the survey and was determined to be a perfect potential Mill Site and starting point for settlers to build on. Once established as a perfect site the lands were divided into concessions. Sir John Johnson was given the responsibility of supervising the allocation of land to the Loyalists and their families based on which Regiment they served but also based on religious beliefs and backgrounds.

In 1784, the Loyalists and their families arrived and to make sure that all lots were given fairly they were drawn from small certificates in a hat, and each person had to swear an oath of allegiance to the Crown before drawing their lot. The only exception was Sir John Johnson himself as he was given a larger amount of land due to his loss of land in the Mohawk Valley during the American Revolution and for his loyalty during the war. He even received permission to build mills on his property along the Raisin River.
​
Soon after receiving permission, Sir John had the milling complex built to serve as the central hub of the forming village. The complex included a grist mill, a saw mill and a 5 bay log home. This served as the miller’s house but also a temporary home for Sir John Johnson. The complex was estimated to be built between the years of 1784 and 1792. The small  cabin and the mill site were  built and expanded  to become what is known as the Manor House today.